The year 2020 has undoubtedly put coronavirus (COVID-19) in the spotlight. We are quarantining, self-isolating and wearing facemasks when we venture out in public. COVID-19 is already proven to be the deadliest virus humans have encountered since the H1N1 influenza pandemic of 1918. Accordingly, medical and public health professionals have focused considerable efforts and directed resources toward managing its spread. 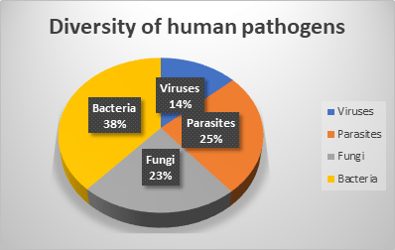 That said, COVID-19 is only one of many viruses, bacteria, parasites and fungi that could cause an epidemic or pandemic. With the high number of patients who are currently being treated in our hospitals and the overwhelming lack of personal protective equipment (PPE), we could see a marked increase in any one of these—or in multiple human pathogens.

Currently, there are about 1,400 human pathogens throughout the world. Due to continued overuse of antibiotics in many societies, many pathogens are now multi-drug-resistant organisms (MDRO). The Centers for Disease Control (CDC) maintains a list of the 18 most worrisome pathogens and has divided them into three categories: Urgent, Serious and Concerning. These particular pathogens could cause an epidemic of their own at any time.

From the approximately 1,400 different types of pathogens, this article focuses on the four most common types: viruses, bacteria, fungi and parasites.

A virus is a piece of genetic code, such as DNA or RNA, that is protected by a protein coating. Once infected, viruses invade host cells within the body. At that point, they use the components in the host cell to replicate and produce more viruses. After the replication cycle is complete, these new viruses are released from the host cell. This usually damages or destroys the infected cells. Certain viruses can remain dormant for some period of time before multiplying again. When this happens, a person appears to have recovered from the viral infection, and then has a relapse. Antibiotics are not affective against viruses and should not be used as a treatment for viral infections. However, antiviral medications are used at times, depending on the specific type of virus.

Bacteria are microorganisms constructed from a single cell. Bacteria come in a variety of shapes and features, and can live in most environments. Bacteria that cause human infections are called pathogenic bacteria. Your body can be more prone to bacterial infections when your immune system is compromised by a virus. The disease state that is caused by a virus enables normally harmless bacteria to become pathogenic. Typically, bacterial infections are treated with antibiotics; however, some strains of bacteria have become antibiotic resistant, making them difficult to treat. While such resistance can occur naturally, it mostly occurs as a result of antibiotic overuse.

Literally millions of different fungal species exist on Earth; yet only 300 are known to cause illness in humans. Fungi are nearly everywhere in the environment: indoors, outdoors and on human skin, and they cause infection when they overgrow. Fungi cells contain a nucleus protected by a membrane and a thick cell wall which makes them much harder to kill. Some new strains of fungal infections are especially dangerous, such as Candida Auris. This fungus initially causes skin infections which can then enter the blood stream, causing sepsis and ultimately death.

How Pathogens Are Transmitted

At any given time, our bodies are full of microbes. These microbes can cause problems when you have a weakened immune system, or if the microbes enter into normally sterile substances such as blood, cerebral spinal fluid (CSF) or joint fluid. All pathogens require a human host to survive. There are two basic ways that pathogens are transmitted:

Sexual or blood contact: Pathogens are transferred from the blood and/or bodily fluids of an infected person to their partner during sexual intercourse or through direct contact with blood. Examples of diseases/conditions that result from sexual or blood contact include:

Airborne Transmission: Pathogens are carried by dust or droplet nuclei suspended in air. Airborne dust includes material that has settled on surfaces and become resuspended by air currents, as well as infectious particles blown from the soil by the wind. Droplet nuclei are dried residue of less than 5 microns in size. Droplet nuclei may remain suspended in the air for long periods of time and may be blown over great distances.

Vector-borne: Pathogens undergo a life cycle inside of humans as well as inside another vector species—usually insects. They require both life cycles to sustain themselves. The most common form is vector to human and back to vector through insect bites. Examples of vector-borne infections are Malaria and Dengue fever which are both carried by mosquitos.

Vehicle Transmission: This occurs through the transfer of a pathogen from a reservoir to a host by inanimate objects called vehicles. Two types of vehicle transmission are:

As for COVID-19, it appears the virus is spread in multiple ways: 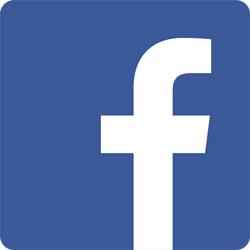