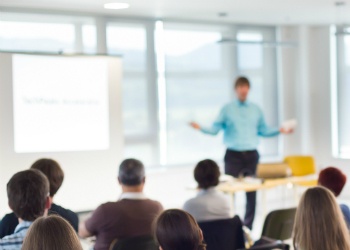 Although I grew up in a city, I was raised by a family of Southern farmers. My parents came from the Great Depression era and did not spare us the stories of struggles of the time. Inherent to that were lots of little idioms that dated back to the forefathers of our country; “The early bird catches the worm”, “Early to Bed, Early to Rise”, etc.On top of that we often visited the local rural area which included a large population of Amish folk. Some of their sayings were embraced into our family vernacular. “Many hands make light work” and my favorite, “A stitch in time saves nine”. But what does that actually mean? My mother said that it meant that in the literal sense; take care of a torn stitch in the hem of my school uniform before the entire hem fell out. “You don’t want your slip to show, do you?” On a broader spectrum, it meant take care of a problem once you recognize it so it doesn’t become a bigger problem.

Our company provides Revenue Cycle Management solutions for LTPAC providers. The foundation of the RCM process is accuracy and follow up. The admission protocol in a SNF requires that the correct resident name, insurance numbers and eligibility as well as other demographics be obtained and verified early on as part of the inquiry/intake process. We have a phrase in our office “Garbage in= Garbage Out”. It’s our version of the Amish saying, I guess. If the billing activity for the SNF is delayed or payment is not received because of incorrect information, the result will be poor collection of revenue. This poses a significant problem for providers, both large and small who may not have lines of credit and struggle at times to pay vendors in a timely manner or even to make payroll.

If the admissions team is in a hurry to admit residents to achieve census goals, they may avoid taking the extra “stitch” - double checking the spelling of a resident name, verifying insurance eligibility and coverages, clarifying the payer(s), etc., and if they do - the process will unravel as quickly as a loose hem. Much as we might like our clients to think, the reality is that Revenue Cycle Management or RCM is not Rocket Science. It is a process with sequential steps, all leading to a claim for payment that will not be rejected or denied because a data element is incorrect. In order to minimize the extra stitches (or steps) in having to re-bill a claim, why not get that first stitch or two in place so that the rest will hold. Review your admissions process; align it with your EHR and billing software and implement some cross referencing such as a Triple Check process before claims are submitted.

Don’t let your slip show. Put your stitches in place early on to save having to do an even larger repair such as an Accounts Receivable clean up because the revenue was not collected in a timely matter. In the end, I think that Mom was right. A stitch in time does save nine - and not only with a hem.

To learn more about Best Practices for Admissions, Eligibility Verification or the Triple Check process, contact Richter Healthcare Consultants online or call us at 866.806.0799.